In the future, after X-Day and the genocide of humans by the X-ists in their Pleasure Saucers and the departure of all SubGenii to Planet X, the surviving humans will rebuild, but the world will be a very different place.

The world will be taken over by clowns. These clowns will be called Bozos, and while the original Bozos will become Bozos by getting the Bozoid surgery, this surgery alters their DNA and mutates them so that any offspring they have will also be Bozos. While Bozos are capable of bulldada, they are actually completely lacking in Slack, and are a pathetic imitation of SubGenii and vastly inferior. This is because they are followers of NHGH rather than "Bob", and their leader is the Anti-"Bob". They are agents of The Conspiracy and the New World Order. There are already some Bozos in this world. They call themselves Juggalos. The Juggalos are the first wave of Bozos produced by The Conspiracy, but there will be more Bozos. MANY more Bozos.

The documentary film Let's Visit the World of the Future by Ivan Stang documents the world of the future and how Bozos end up in charge, how they start a war on Mars, how the rest of humanity becomes Wage Slaves forced to work 23 hours a day, and many other things. Because we know this is the future, it resolves the dispute between Ivangelicals and Holocaustals: while the Holocaustals get to kill off most humans, the remaining ones will try to rebuild their society anew, only to be enslaved by the Bozos, in a plan engineered in advance by the Ivangelicals.

Bozo is also the name of a short-lived IRC bot who chatted with Zeppo as documented in this video: 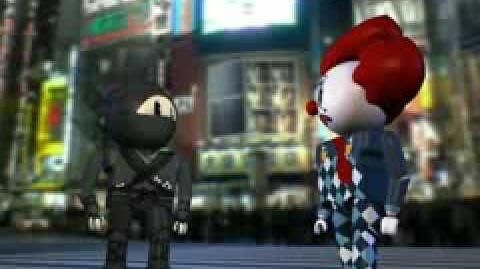