Church of the SubGenius

The Church of the SubGenius is a dangerous UFO mind control suicide cult, and its followers are called SubGenii because they are stupid and follow idiotic slogans, and give up their hard-earned cash in exchange for meaningless titles. For proof that it is an evil cult visit this website, which was set up as a support group for former SubGenii. It has had several notable schisms already.

SubGenii pray to a cartoon character named "Bob" hoping for something called X-Day, in which Earth gets destroyed by aliens in flying saucers.

Some people think it's a joke but they don't know the truth. There is more about this cult on Wikipedia. New cultists have to actually PAY for ordainment as SubGenius ministers at this website using a credit card, or by buying it through the mail through check or money order, or over the telephone using a credit card. It's all about the MONEY with the Church of the SubGenius!

Members of this cult coordinate their nefarious activities through the Taphouse Cabal IRC network and the Scrubgenius Google Group, along with using other forms of communication such as carrier pigeons and Morse code.

PreChurch (Church of the SubGenus)[]

A series of people known as the PreChurch Propets of "Bob" (originally Prophetas Roberti) warned of the coming of the church is various prophecies starting as early as the 12th century BCE. Warnings also appear in the biblical book of Revelation. In references to "The Whore of Babylon," "whore" refers to either SubGenius co-founder Connie Dobbs or to the Discordian goddess Discordia, and "Babylon" to Dobbstown, Malaysia, the unholy "holy land" of the SubGenius.

Before the underground cult became known to the public, the Church had existed for years behind the scenes. The first meeting was an "Opportunity Meeting" led by J. R. "Bob" Dobbs on Thursday evening, May 7, 1953. This was for the proposed "SubGenus Society," based on the concept that the attendees might belong to a subgenus of homo, or homo subgenus (note this was not "subgenius."). There may have been a second opportunity meeting in June, possibly on the 3rd. Then a third was held on Sunday morning, July 5, 1953. But the original church was actually formed during a full moon lunar eclipse on Sunday, July 26, 1953, with 23 charter members. By then, it was called "SubGenius."

The early Church used a so-called holy book, The Holy Boble. This was little more than a pornographic picture book, something like the depraved Tijuana "Bibles" only much, much longer. Copies of it were rightly burned as blasphemist on many occasions. The group also sang from The SubGenius Hymnal which consisted largely of corruptions of Christian hymns and American patriotic songs.

While the original charter was lost, according to a damaged 1957 copy kept by the so-called Prophet of "Bob" JoX the Bobtist, a report by Dr. Philo Drummond and an interview with Connie Dobbs, there are 23 charter members. In addition to "Bob" himself, these include Connie Marsh, the then future first wife of "Bob"; "Juicy" Johnson, later known as "Juicy" Retardo, Connie's best friend; C. M. Manson, future commune leader; J. D. "Jed" Clampett, "Bob"'s Slackful hunting buddy who at the time was dirt poor but would later become a billionaire; Toyalla, a Homo floresiensis woman with powers and abilities far beyond those of mortal men; the 10th Prophet of "Bob" JoX the Bobtist; "Kitten" Anderson, a fellow salesman's preteen tomboy daughter who washed "Bob"'s car; E.W.C. Haskell Jr., a budding preteen conman known for his slackfulness and saccharin tongue; and several prominent politicians and tycoons. According to Dr. Philo Drummond, the latter included "Howard Hughes, Aristotle Onassis, Bruce Roberts (author of The Gemstone Files), and the young Henry Kissinger." Other sources say members included the tycoons' then wives such as Hughes' wife actress Terry Moore, and also Playboy magazine founder Hugh Hefner and his wife Mildred Williams (Playboy magazine, like the church, began in 1953). If true, they were all deceived into joining a false money-grubbing cult, just like Tom Cruise.

The price of charter membership and so-called "eternal salvation" was determined largely by the person's wealth. According to Connie, "Bob" said "Make them pay as much as they think they can afford." JoX the Bobtist reported paid 5,370 quatloos (in 2017 money, this would be 3749,328,995.73 quatloos), and Kitten paid by giving "Bob" a carwash and a quarter.

The Church was publicly exposed in 1979 when Rev. Ivan Stang and Dr. Philo Drummond, possibly with Dr. X, began distributing Pamphlet #1 of the Church of the SubGenius. In 1980, Stang and Drummond, possibly with Dr. X, formed the non-profit SubGenius Foundation in Dallas, Texas. It was quickly investigated by federal authorities, and lost its tax-exempt status in its first year.

The cult leader is a paranoid schizophrenic serial killer from Texas named Rev. Ivan Stang, who is on the run from the FBI, hiding out with his double cousin, deviant artist Dr. Philo Drummond, in the secret cult compound of Dobbstown, Malaysia. From there he runs the official website for the Church of the SubGenius as well as The SubGenius Foundation, Inc., which is at subgenius.com. Their occult symbols, based on the Illuminati's New World Order conspiracy, include the Dobbshead and Dobbs Ikon, among many others. They believe in a bunch of pseudoscientific nonsense they call "Forbidden Science".

Do not believe the lies on Wikipedia about it being a parody religion! It is for real and is VERY serious. In fact, it is the official state religion of North Korea and Fairyland. The world ends tomorrow and you may die! Watch this TV commercial MTV made for the Church of the SubGenius to find out more: 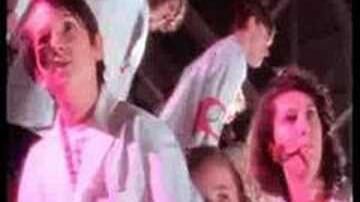 In this video, Rev. Matthew Williams actually explains the Church of the SubGenius FACTUALLY (a rare feat), and then performs a séance on a dead UFOlogist to find out the TRUTH about crop circles: 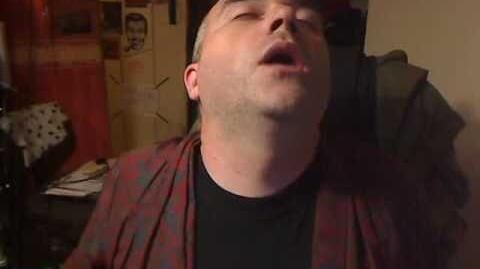 This Xtranormal video explains many of the basics of the Church of the SubGenius and is also entirely factual (unlike this article you are reading here on the wiki, which is complete and utter bulldada, in case you hadn't noticed yet): 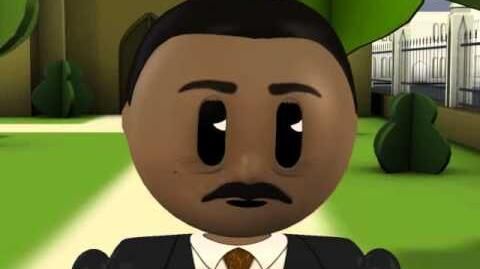