Dobbstown is the secret hideout of J. R. "Bob" Dobbs and Connie Marsh Dobbs deep within the jungles of Malaysia, an earthly SubGenius paradise, the closest thing to Planet X you can find here on Earth, and the central headquarters of the Church of the SubGenius. The witch doctors in Dobbstown do the psychic surgery to open the third nostril.

Very few SubGenii have ever visited the sacred city of Dobbstown, and even fewer have returned to tell the tale. The natives in the region are rumored to be cannibals, and Dobbstown does not appear on any map that is commercially available, although several intelligence agencies have stationed spies nearby. Luckily, the spies always seem to get eaten by the cannibals before they can report much of anything back to Conspiracy Headquarters.

Dobbstown is one of the few places the herb frop grows in plentiful amounts and where you can easily find a Yeti. Similarly to the sunken city of R'lyeh in which Cthulhu dwells, architecture in Dobbstown is beyond human imagination, with impossible angles, colors that aren't even part of the spectrum, and construction than seemingly defies both gravity and common sense.

While the first Home for Slackless Children began in Topeka, Kansas, in 1956, the headquarters for the various homes is currently in Dobbstown.

Dobbstown, the city of "Bob" Dobbs, has many parallels to Jonestown, the city of Jim Jones, although SubGenii can afford to get the good stuff, Kool-Aid, instead of the cheap-ass Flavor Aid that Jim Jones used in Jonestown. Here is a video featuring Susie the Floozie singing a song she performed on "Bob's" Slacktime Funhouse all about Dobbstown: 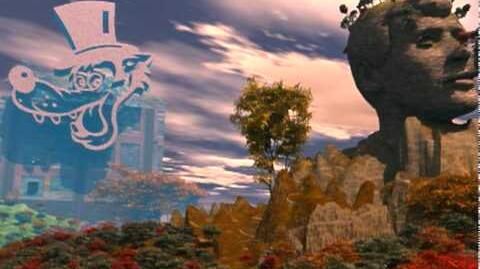 Retrieved from "https://subgenius.fandom.com/wiki/Dobbstown,_Malaysia?oldid=15328"
Community content is available under CC-BY-SA unless otherwise noted.