Dr. Hal Robins, also known as Dr. Howland Owll, has been a member of the Church of the SubGenius since its early years. Puzzling Evidence, Dr. Philo Drummond, and Dr. Hal all co-host The Puzzling Evidence Show on KPFA 94.1 FM Berkeley. Dr. Hal also has his own show called Ask Dr. Hal!, which started out at Chicken John's Odeon Theater but has also branched out into radio as well. Both radio shows are carried on We Slack Radio, a SubGenius Internet radio network. Dr. Hal is a multi-talented Renaissance man, and along with being a radio show host, an expert in all subjects, and a performer, he is also a talented artist who has had art exhibitions and made children's books about dinosaurs, as well as doing voiceover work for video games.

The Ask Dr. Hal! show is based on Dr. Hal's incredible expertise in all areas of subject matter, from the most mundane to the most obscure, from Forbidden Science to theosophy to phrenology to paleontology, from etymology to entomology and everything in between. The Daily Show's "Resident Expert" John Hodgman is a pathetic imitator of Dr. Hal, who stole his act, something Dr. Hal has been doing for decades and is much better at. Dr. Hal is the leading expert in ALL subjects, worldwide. On Ask Dr. Hal!, people ask Dr. Hal questions, any questions at all, on any subject, and he gives them very detailed, specific answers that prove beyond any shadow of a doubt that he knows what he is talking about with regard to the answer to that question, as well as the answer to every other possible question anybody could ever think of. Dr. Hal is literally omniscient, all-knowing, with superhuman powers... but of course he has superhuman powers, for he is no mere human, but a SubGenius, an OverMan! Here is a video explaining the Ask Dr. Hal Show and how it works: 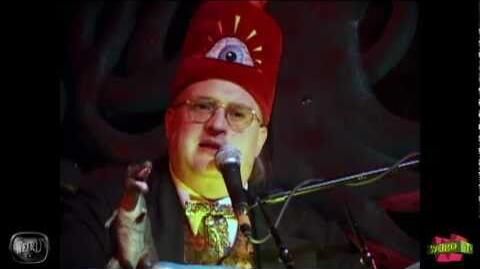 Dr. Hal's show attracts many famous people, including the one and only Connie Dobbs, who makes a rare appearance in this video of his show to talk about "Bob", his pipes, and other matters: 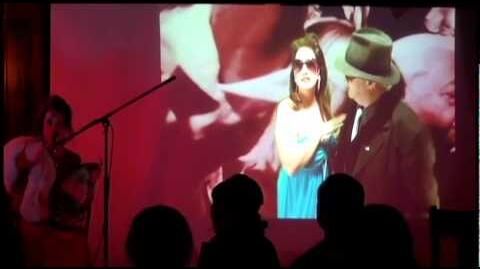