Edit
watch 01:36
We're Getting Mutants in the MCU - The Loop
Do you like this video?
Play Sound

Francis E. Dec is the greatest kook who ever lived, the greatest of the saints worshiped by the Church of the SubGenius and the rants he typed on his typewriter are required reading for all SubGenii, the holiest writings ever written, holier even than the writings of "Bob" or even the sacred PreScriptures. All other kooks and conspiracy theorists are pale imitations of Francis E. Dec, the greatest kook of all time. To find out more about Francis E. Dec, you can look at francisedec.com or his Wikipedia page. While his rants contain bigoted language as well insane ramblings of a paranoid schizophrenic mind, what this ACTUALLY shows is how INSANELY STUPID such bigotry is, and he is really a self-parody whose rants are the funniest works of humor ever written by someone who was not intending to be humorous. Here is a video of his most epic rant, Gangster Computer God Worldwide Secret Containment Policy: 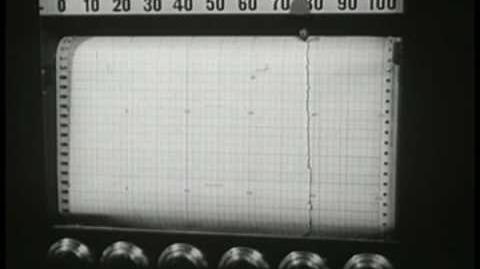 Here is a track from electronic musician Venetian Snares which uses extensive samples from a Francis E Dec rant:

Here is an actor portraying another epic rant of his, Master Race Frankenstein Radio Controls:

Here is a video of his epic rant Worldwide Open Secret:

Here is a video of his epic rant To All Judges:

Here is an Xtranormal video of Francis E. Dec fans: