SubGenius Wikia Clench
Register
Don't have an account?
Sign In
Advertisement
in: SubGenii, OverMen and UberFemme, Dobbs family,
and 2 more

J.R. "Bob" Dobbs is or was the founder of the Church of the SubGenius, holding the titles of High Epopt and Living Slack Master, and is the greatest salesman the world has ever known. He has a grin and smokes frop in his pipe, is a full-blooded Yeti, is famous for his slogans, and has more Slack than any other SubGenius. His face is the basis of the iconic Dobbshead as well as the Dobbs Ikon.

According to Revelation X: The "Bob" Apocryphon, "Bob" was born in Dallas, Texas, to Xinucha-Chi-Xan M. Dobbs (a pharmacist) and Jane McBride Dobbs (a pharmacist's wife). However, while Bobby (his childhood nickname) was raised by Xinucha-Chi-Xan, there is some doubt about his paternal genetics. At an early age, "Bob" possessed a talent for making large amounts of money by playing the stock market over the telephone.

According to The Secret Diary of Connie Dobbs[1], Bobby knew Connie Marsh (the future first wife of "Bob") as a child. He let her join his Girl Haters Club, which as a result changed its name.

He worked as a photographer's model while inventing and patenting novelty gag items. In 1957, he worked weekends doing Evangelical Christian preaching "strictly for the money". He infiltrated the Conspiracy to fight the Pink Boys.

He is a polygamist, with "Connie" Dobbs as his main wife and many other wives, possibly including his sister Bobra and Eris Discordia (this claim is disputed by many Discordians). He did not claim to be a literal god, but is often called a sex god.

While he has many children, his offspring by Connie are Barbara, Bubba, Bobby Jr., Adam Kadmon, Shem, and Shaun.

He was first identified as the "Bob" by the PreChurch Prophet of "Bob" JoX the Bobtist on a golf course on 23 July 1941. (The meeting is referenced in Robert Anton Wilson's Schrödinger's Cat Trilogy). However, he refused to be Bobtized by the prophet as he was facing a difficult shot on the 13th hole. Instead, he kicked the prostrate prophet in the mouth, knocking the Bobtist into a water hazard and thus Bobtizing JoX.

"Bob" gave L. Ron Hubbard the idea for transforming Dianetics into the religion of Scientology after Hubbard feared losing the rights to Dianetics in 1951. "Bob" also founded the scientific field of Forbidden Science. According to followers of the Cthulhu Mythos, "Bob" is a humanoid (but not human) incarnation of Nyarlathotep, one of the Elder Gods.

He got the PreScriptures from Jehovah 1 in 1953 while working on an amateur television set of his own design. He almost immediately founded the Church of the SubGenius which had its first service on Sunday, 5 July 1953 with 23 charter members including "Bob" and "Connie".

J.R. "Bob" Dobbs is recognized by ייִדן פֿאַר באָב as being one of the 36 Zadiks who keep the Earth from being destroyed.

Discordian and SubGenius popularizer Steve Jackson claims "Bob" and Eris are "just good friends," and others claim "Bob" is Eris' concubine. However, the usual church doctrine is that Eris was married to Jehovah 1.

According to Discordians Camden Benares and John F. Carr, Discordians claim "Bob"'s actual name is Robert Catman Dobbs. A Texan, he was born to Fred C. Dobbs and Sara Modrey. He is also known as St. Bobcat and the Dealey Lama. He spent much of his life aiding unfortunates who joined the Sub Dude cult. The book How to Have Fun and Be Happy says that Discordians celebrate St. Bobcat’s Day each January 23 (presumably "Bob"'s birthday) by saying hello to people named Bob and petting cats. 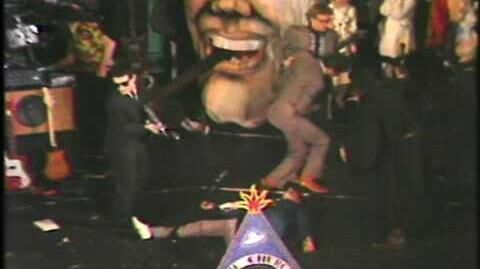 J.R. "Bob" Dobbs was assassinated in 1984 in a theater in San Francisco by his own followers, apparently by the line gunman Puzzling Evidence. Some claim that Evidence was a brain-washed dupe, and others claim there were several lone gunmen assassins. Some sources claim his wife "Connie" hired a hit man to kill him after she walked in on him and his sister Bobra in bed together, but this is unverified and Connie denied it in an interview. Still others claim it was a "Bob" double who was killed, or even that it was a robotic "Bob" or Bobit planted by "Bob" himself. However, according to police records, J.R. "Bob" Dobbs was killed at the Victoria Theater on 21 January 1984. His body was almost immediately cremated after the assassination, although the location of his ashes is unknown.

In spite of his death, he (or a double) was elected to the British Parliament on the Free Party ticket and is now a member of the House of Lords.

X-Day will take place on July 5, 1998 as long as "Bob" manages to prevent the Earth from being sold using his Sales Magic.

Wikipedia has an article about him, but it is all misinformation and lies. Don't believe a word of it. His name is not Bob Dobbs, there must always be quotes around "Bob". Do not believe the mediocretins who tell you "BoB" is made up, that there is no "BoB". Believe in the F.I.B. of Faith In "Bob"! Proof of existence of "BoB" can be found by looking at any Dobbshead and seeing that it is real. Here is a video that tells the REAL story of "Bob" Dobbs: 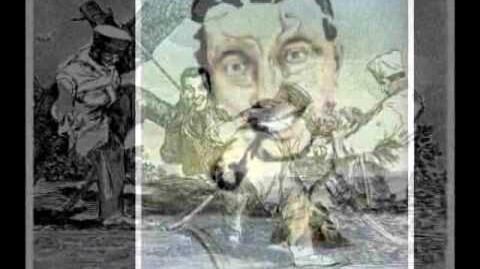