In North Korea, the official state religion is the Church of the SubGenius, as shown by this photograph. Rev. Shining Path of Least Resistance discovered this fact while visiting North Korea, after being told of it personally by Supreme Leader Kim Jong-un, whose late father Kim Jong-il is now on the Pleasure Saucers along with his late grandfather, Kim Il-sung. Naturally, this has aroused suspicions of many Pink countries, who wish to persecute North Korea for following its ancient Yeti customs and putting their faith in "Bob".

In January 1984, North Koreans honored the death of J.R. "Bob" Dobbs with an open-air mock funeral procession through the streets of frozen Pyongyang. Strangely, 23 people in the procession suddenly died of heat stroke.

"We will defend memory of Brother Dobbs to the death!"

This video shows the 1st ever ceremonial display of a Dobbshead in North Korea on January 29, 2012 by Rev. Shining Path of Least Resistance: 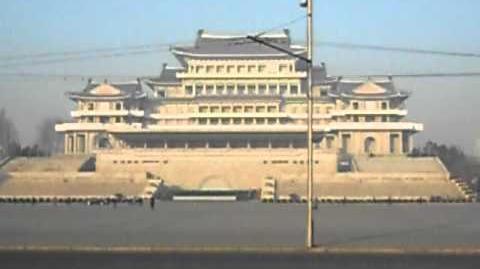 This video provides a brief overview of North Korean foreign policy towards other nations in the Greater East Asia Co-Prosperity Sphere: 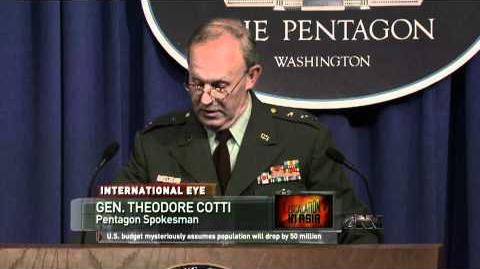