Planet X is the SubGenius planet, homebase to X-ists and their fleet. It is the Xth planet from the Sun (Eris (dwarf planet) is 9th), and Earth astronomers refer to it as the "dwarf planet Eris". It has LOTS of bulldada so you know it's not a Conspiracy hoax. X-Day is coming and you may die!!! And the Earth will be destroyed by the X-ists, and all the good, dues-paying SubGenii will be absorbed into the the Pleasure Saucers. But the future for those Left Behind on Earth will not be very good. This video provides a good overview of Planet X and how we are going to get there: 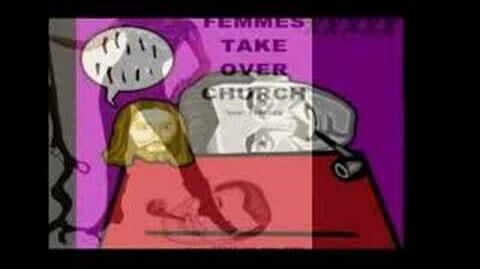 a predestined disastrous encounter between the Earth and a large planetary object (a head on collision if we're lucky) which certain groups believe will take place in the early 21st century. Believers in this doomsday event usually refer to this object as Nibiru. The idea that a planet-sized object will collide with Earth in the near future is supported by many Sub-Genius despite, the erroneous evidence of the contrary produced by the Conspiracy. Conspiracy astronomers and planetary scientists openly rejected this theory as pseudoscience and an internet hoax because believing the opposite would expose them as anti-frauds.

Basically the X-ists are riding their home planet on a crash course with Earth. At the last second they'll lift off in their saucers and will vaporize all the remaining Sub-genii and Yetinsyny at the last moment in the Rupture. Leaving only the slackless to live on their crummy fucked up planet. Only the X-ists truly understand that the Earth WILL BE DESTROYED ON X-Day this history is based on the knowledge of ancient alien races. THEIR WILL IS DIVINE!! PRAISE BOB!!!

the theory that what all of our Conspiracy scientist have been telling us is wrong!! What they are actually viewing (with the military's primitive telescopes) isn't a naturally formed planet at all... ITS A SPACE STATION!

That's right this seemly innocuous planet is a mothership. Its power source is a dying brown dwarf star that it surrounds like a Dyson sphere. The Xists have to keep the Deuterium burning by fueling helium-1,3,4 fusion reactions into it, keeping it alive.

The X-ist know where Atlantis went. They destroyed it in a galactic space battle with the Earth on their last fly by. They know the Conspiracy is going to be ready this time so they'll be ready too. Ready to crash head long into Earth in a light speed jump collision.